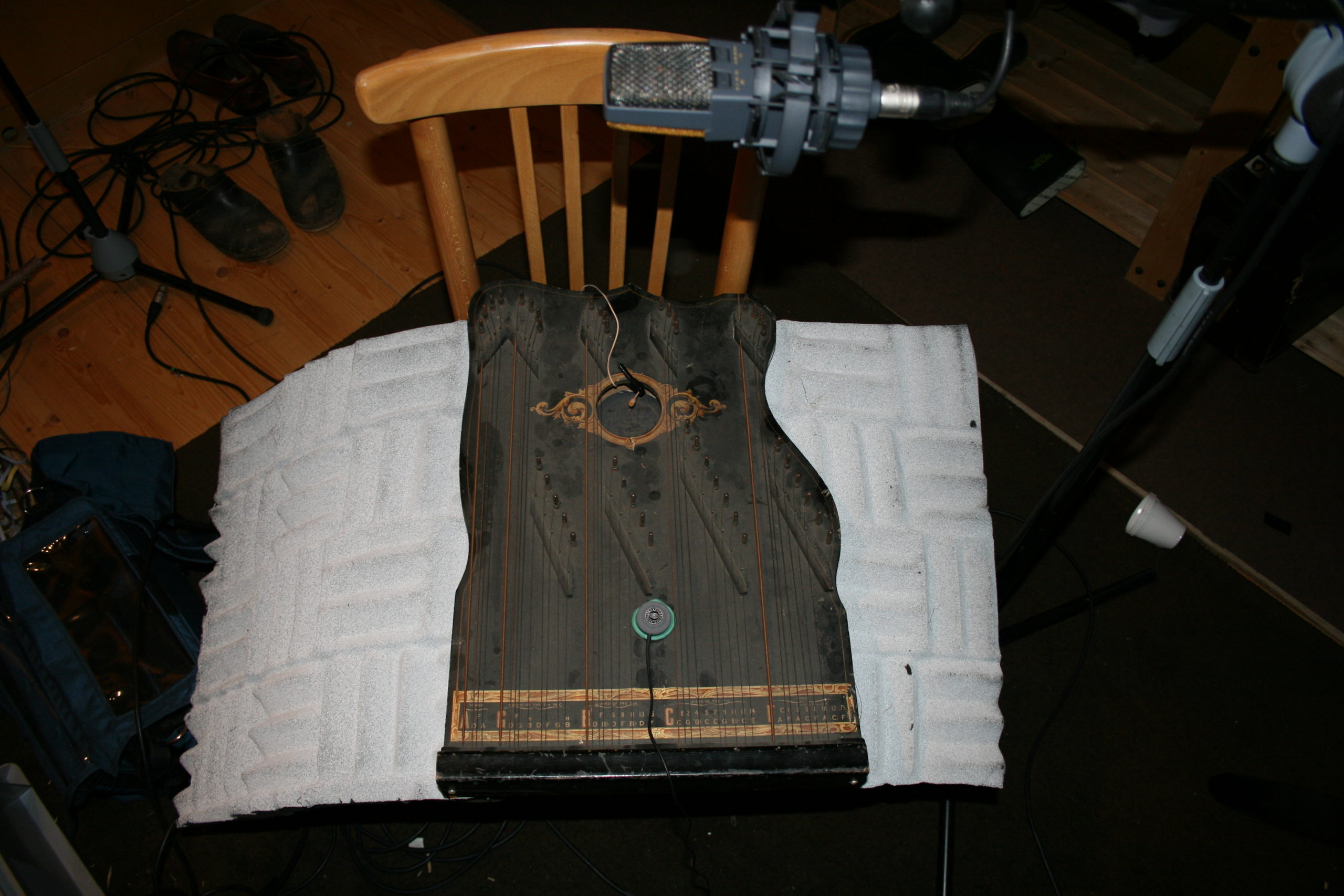 To use with the full Native Instruments Kontakt 5.0

I’ve added a “name your price” function since this has been asked for. The instrument is still available for free, just change the €5 to 0 before clicking that “add to basket” button or use the link at the bottom of the page.

I hang out at vi-control.net under the username “Anders Wall” please use the forums PM function if you need to contact me.
This instrument is free and offered “as is”.

The TV station that I used to work for had an instrument collection.
Instruments that had been used as props and played on by actors and musicians.
In 2009 the station moved to a new location with a much smaller space and a lot of stuff were sold or tossed.
This zither was one of the objects that were thrown away, but before that I managed to record it:
This was a late night session, I had worked the whole day with field recordings and I have to be honest: I don’t remember much of how I recorded it…
The original recording and any notes are gone and so is all the “special effects” I recorded. IE string scrapes, bow etc.
What I’ve got is this.

I don’t know on which channel the mics where recorded or how the AKG 414 was set.
My guess is that the AKG is set as a Cardioid.
The DPA 4060 is an omni and the Schertler contact mic is the “Ethno” version.
And that is why the interface has Mic1-3 labels.
Pick the one you like or a combination of them.

Worth noticing: It’s a broken instrument, I have not tuned any strings. What you hear is how the instrument sounded when recorded.
The keys represent the strings as they were laid out on the zither. Please use the picture for reference or just go for it 🙂

Download Broken Zither for the full version of Native instruments Kontakt 5.0 or above.